We chatted to  Lee Davies, Kew’s Fungarium Curator and Grow Wild’s fungi expert, as he explains where to look, and what to look for, when fungi-hunting.

We’ve broken down some of the info into some top tips and fascinating fungi facts to help you get the most out of your fungus forays this season. You can also watch the recording of our live Q&A with Lee in the video below. 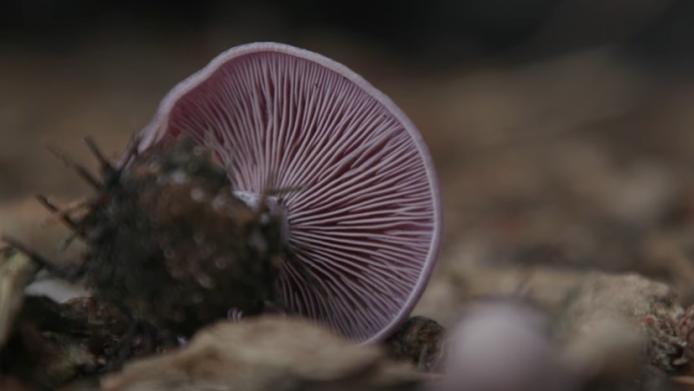 When to look for fungi

The perfect time to start finding fungi is in autumn, since the season is accompanied by temperatures dropping and much rainier, wetter weather. Lee says: '…most fungi live in the soil or inside rotting wood, and they need it to be damp and moist'. So now’s the time to don your boots, waterproofs and woolly hat, and get cracking!

Where to look for fungi

Many types of fungi rely on different tree species for survival. Therefore, places such as parks, gardens, woodlands or other natural areas make great locations to begin fungi-spotting. Lee explains: '…in parks and gardens where you find wood chip underneath trees or composites, you'll find lots of fungi which specialise in breaking down organic matter.'

He also mentions that '…the other really important ecological group of fungi are mycorrhizal fungi' which can also be found near trees on grassland. These fungi live in symbiotic (mutually beneficial, interdependent) relationships with trees. We’ll come on to that later, but since most fungi grow low to the ground, Lee advises that 'keeping your eyes down' will help you spot the fungi, as they’ll often be growing out of the ground, on lower parts of trees or on rotting logs.

What to look out for

Lee mentions two types of fungus to keep an eye out for, both saprophytic and mycorrhizal.

Saprophytic fungi are those responsible for breaking down organic matter and rotting wood. He says that this type of fungi can be found very commonly in places such as 'a compost heap at home, or on leaf litter and mulch ... in a forest or woodland'. Watch out, because these fungi can often be the same colour as leaf litter so you may need to look carefully!

Mycorrhizal fungi are those which are in a symbiotic relationship with trees. Lee explains that one particular fungus which grows at the base of a tree feeds 'nutrients in the soil and water to the pine tree, and in return, the pine tree is producing sugars and feeding those to the fungus'.

Here are four fantastic fungi that Lee has identified. Why not use these photos to see if you can spot them too?

Lee explains that this fungus takes the shape of a cup, and has '…what look like the eggs in the bottom, like a bird's nest… it can be very, very small, and some of them grow up a centimeter in diameter'. 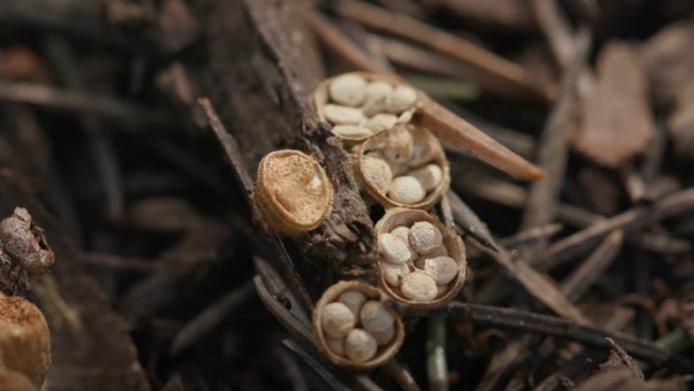 'Not all of the fungi that you'll find are brown or boring looking' – Lee spots some purple blewits. 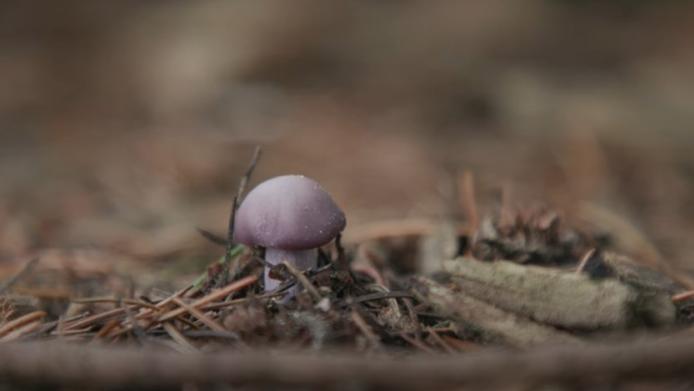 These wood-rotting fungi have '…evolved to break down the toughest lignin (the tough part of a tree)… they specialise in doing this'. 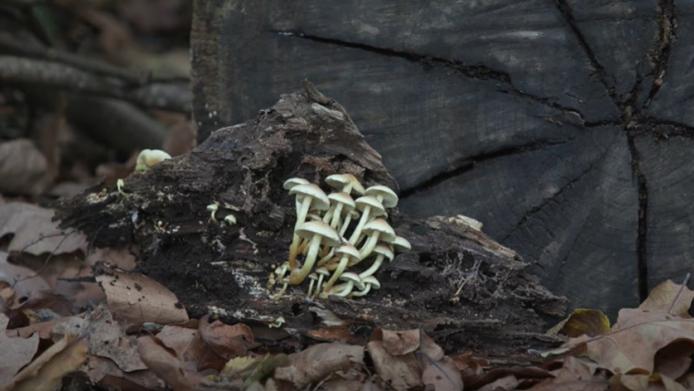 These fungi specialise in breaking down wood and 'making nutrients available for plants to eat'. 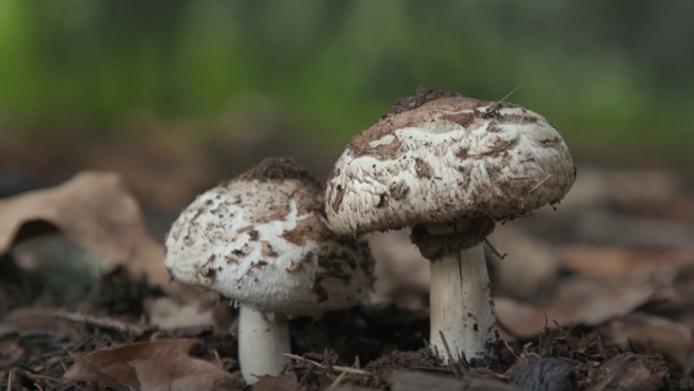 So why are fungi so important?

Fungi are essential for life on our planet, Lee says. They play a key role in maintaining biodiversity and plant health, since they recycle plant materials and nutrients in the soil and make them available for other organisms to use. They also help us in a multitude of other ways – from essential medicines to industrial compounds, creating materials like cotton and leather. They are even involved in the manufacturing of substances like washing powder and the plastics we find in Lego.

A word of warning

Identifying fungi accurately can be tricky, even if you're an expert with a microscope! Minute, microscopic details such as differences in gill and spore colour and shape can be the difference between an edible mushroom and a deadly poisonous fungus. We would never recommend that you eat any fungus you have foraged in the wild.

However, this shouldn't stop you from having fun and learning about fungi! By simply observing, you can have a go at trying to identify different types of fungus when you're out and about. A good reference book can be very handy when you're starting out.

To hear more from our fungi expert Lee, watch the recording of our live online Q&A to find out more about why fungi are so important.