There's more to fungi than mushrooms

Fungi come in all shapes and sizes

The fly agaric (Amanita muscaria) is a real flagship fungus. As one of our most recognisable fungi, this bright-red beauty represents the mushroom kingdom in everything from Super Mario to the emoji keyboard.

But fungi come in all shapes and sizes and we think they’re all deserving of appreciation, so here are a few of our favourite alternative fungal forms.

With their perfectly cup-like shape, it’s not hard to see how the cup fungi got their name. You wouldn’t want to drink from these guys though, as many are poisonous. There are more than 50 different species of cup fungi (Peziza) in the UK, so look out for them in open spaces and on woodchips in the autumn. 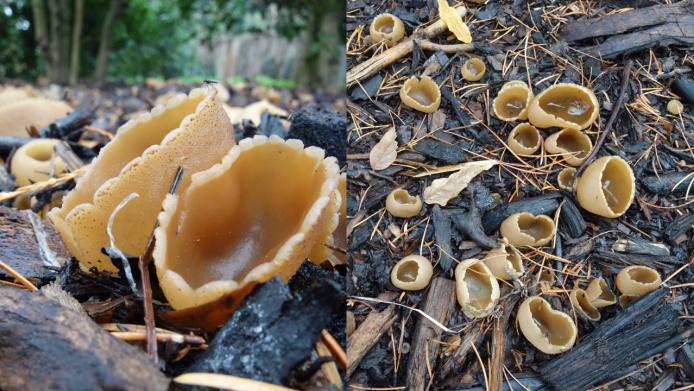 The coral fungi (Clavaria and Ramaria) bring you the beauty of a coral reef without you having to get wet. The UK is home to coral fungi in a range of colours, from whites and yellows to pinks and even violet. Look for their colourful branches stretching up from soil and leaf litter in woodlands, or sometimes on short grass or moss. No snorkel required. 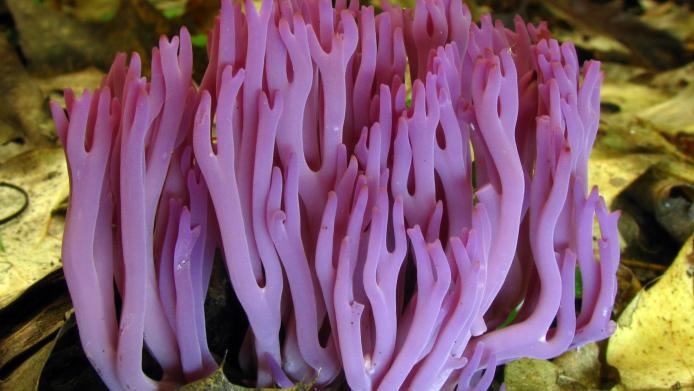 Both gross and cute, the soft and floppy ‘jelly ear’ fungi (Auricularia) listen in from damp and shady spaces on the trunks and branches of trees, especially elder. They're widespread in the UK, so you have a good chance of finding them if you keep your eyes peeled for these ‘wood ears’. 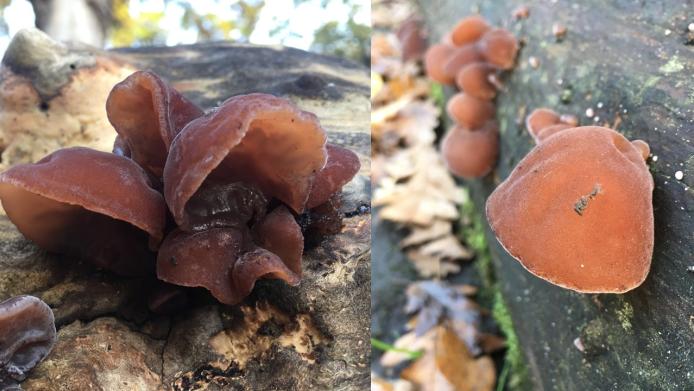 Earthstars (Geastrum) come out in the autumn, but can shine all year long in the right conditions. They emerge from the ground as an egg-shaped ball, before splitting open to form their iconic star-like shape. Once mature, they puff out clouds of spores from the hole in their centre. Look for these little stunners on woodchips or under conifers, especially in old churchyards. 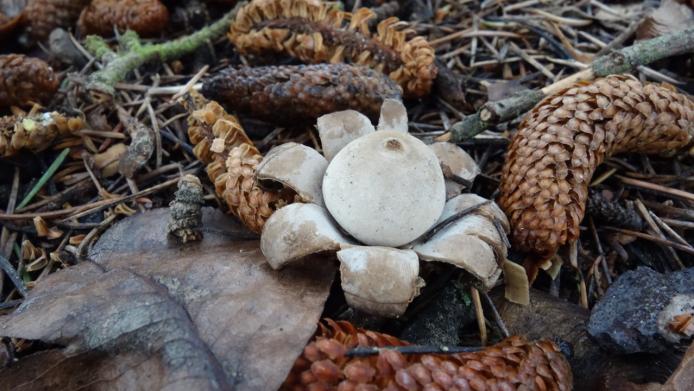 The ‘yellow brain’ fungi (Tremella) have a grisly lifestyle to go along with their grisly appearance. Their gooey mass appears to grow on wood but is actually a parasite which munches on other fungi within the wood. Look out for these vibrant fungi on fallen tree branches, especially in the winter. 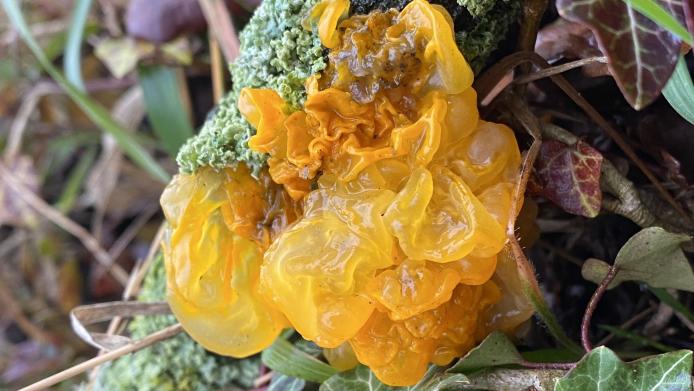 This is just the beginning of the diversity in the UK’s fungal kingdom. You can find oozing brackets and great white beards, green tongues and tiny bird’s nests – and a crystal brain fungus that looks like snot.

Fungi can be found all year round, so take a closer look next time you’re out and about to see what colourful, weird and wonderful fungi you can find near you.

Now that fungi have your attention, why not learn how to spot and identify common UK fungi, or discover how to improve your fungus photography?