The biggest year yet for Grow Wild's fungus growing programme

This year was bigger and better than ever for raising the profile of fungi.

Over 9,500 teams took on the challenge of growing their own fungus, learning how to pasteurise straw, disperse mycelium and hydrate the mushrooms… among other important duties for our amateur mycologists.

At Grow Wild, we like to find out what kind of impact our fungus labs have: how much do people learn, what are they inspired to do? We had nearly 2,000 responses to a survey sent out to all our fungus growers, which was fantastic! 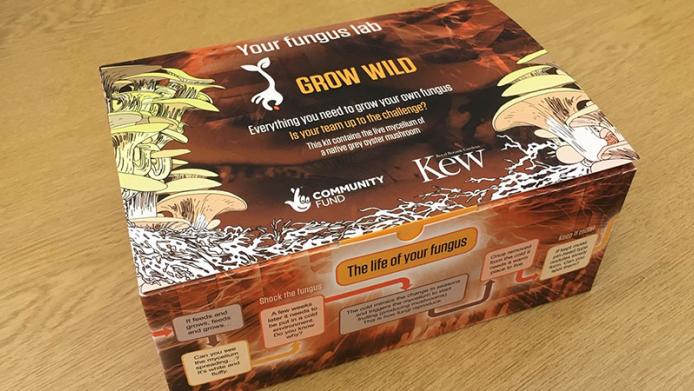 Before using their fungus lab, 64 per cent of people said they had no, or very little, understanding of how to grow fungi.

After using their fungus lab, 61 per cent of people said they now had a lot of understanding how to grow fungi!

Our fungus growing teams are from all across the UK and from a range of backgrounds. Most people grew theirs with their family, but we also had teams in workplaces, in schools and in community groups.

66 per cent of respondents said they would share their knowledge of fungi with family and friends.

We also had some amazing tales from around the country along with some excellent photos of people getting into character or enjoying their mushrooms.

Laurie and her colleagues at MM Flowers (aka the Sassy Mushrooms) truly stepped up to the challenge with ‘Operation Malcom’. This day-by-day account of their fungus-growing escapade really brightened our day when it appeared in our inbox.

Inspiring a generation of mycologists

We had quite a few people tell us this experience has made them want to become mycologists. One of our survey respondents said, 'I am considering doing a geneticist degree' – if they do, we wish them every success!

Parents and teachers alike told us it was a great way to get young people interested in science. Although there were plenty of adults saying they learned a lot from the experience too! 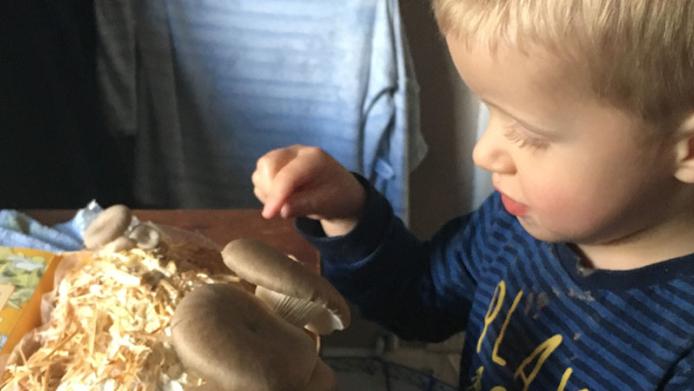 According to his mum, Joseph (above) struggles with communication and staying still but was fascinated by the whole process of watching the fungus grow and fruit.

'I actually cried to see him interacting with the mushrooms and when he could tell me they were "mushrooms",' she told us. Since then he’s been on several fungi quests in the local park to find more mushrooms.

70 per cent of survey respondents agreed to some extent that Grow Wild enabled people to build stronger relationships.

Meanwhile CEFG (Chief Executive of Fungus Growing) Grandad Norm had to deal with a minor mutiny by his ten-year-old Pasteurisation Executive and four-year-old Director of Mycelium Dispersion, who wanted to change his carefully-thought-through plans for fungus growing. But it seemed to work out in the end.

There were so many more brilliant photos and stories shared by our fantastic fungus growers – many of which feature in the video below.

Thank you to everyone who took part! Here’s to us working together to raise the profile of fungi.

If you're interested in getting involved, take a look at our fungus labs info page to learn more.