The mythology of Britain's wildflowers

The ancient stories behind our common flowers and herbs

Our wildflowers are deeply rooted in ancient folklore and stories.

Some cultures believe that hidden in the forms of flowers are geometric patterns relating to the mathematical laws which govern the universe, natural cycles and astrological activity.

Art, myth and story often make connections between flowers and the ‘gods’, evoking the qualities of flowers to convey the forces of the unseen, and the fractal nature of the world that we live in.

In the British Isles, it’s often archetypes of Roman, Greek, Celtic and Norse gods and goddesses, or biblical stories, associated with planets and times of year, which characterise the plants and animate their properties. Here’s a look at the mythology of some of the UK’s wildflowers.

Poppies were, along with wheat, the emblem of the Greek mother goddess Demeter who presided over agriculture and the fertility of the earth. Associated with the fullness of the moon, she took care of the growing of crops, and poppies put vital nutrients back into the soil.

In one myth, Demeter was not able to sleep looking for her daughter Persephone – she drank a concoction of poppy to help her rest so that her attention could return to the nourishing of the fields.

The Greek word mekon means poppy and is also the name of a youth beloved of Demeter who died and was transformed into a poppy flower. In festivals celebrating Demeter, a cake of poppy seeds was offered in reverence of the harvest, and the flowers were worn by her priestesses. 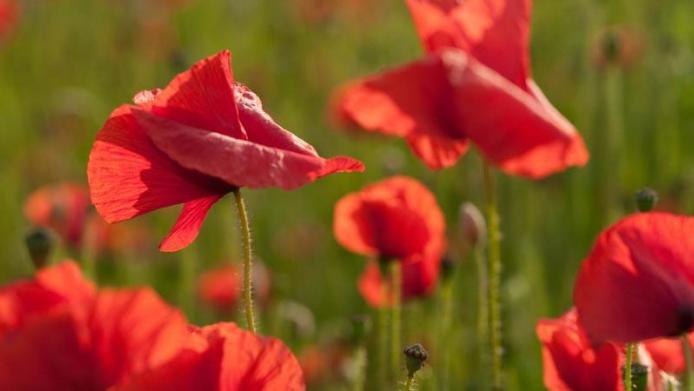 Cowslip, with its beauty-enhancing qualities (creams and lotions from its flowers are said to smooth wrinkles and blemishes) is attributed to Freyja, goddess of love, beauty and fertility in Norse mythology. It’s told that the flowers represent the keys to open the door to her secret hall, and the treasure of inner knowledge. For this reason the flowers are often associated with unlocking secrets. 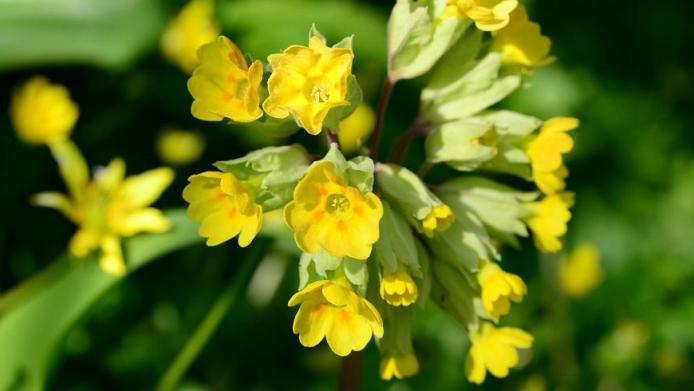 With bright yellow flowers, this plant is associated with the vital sun, and also the star sign Leo which characterises joy, love and self-expression.

Nicknamed ‘the sunshine herb’, St John’s wort is identified in a lot of folklore as a talisman for fighting off demons and the dark. Its Latin genus name Hypericum is derived from a Greek word that literally means 'over an apparition'.

The plant's association with St John also comes from its connection to the sun, and to the summer solstice. Its flowers bloom at the height of summer, and were traditionally harvested on or around St John's Feast Day, celebrated on 24 June – midsummer's day. 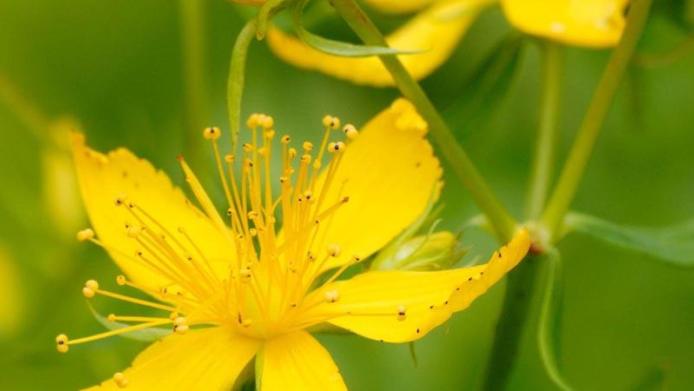 The pretty cornflower is linked to Venus and Saturn. There are two Greek myths that centre on the flower's supposed curative qualities against poisonous venoms.

A nod to both myths is found in the flower’s botanical name, Centaurea cyanus. The first part of the name (the genus name, Centaurea) comes from the tale of the centaur Chiron, advisor to Achilles, who healed Achilles's wound with cornflowers when he was poisoned by an arrow in his heel. The second part of the name (the species name, cyanus) refers to the story of the Sicilian nymph Cyane, who was turned into a spring pool of blue water trying to save Persephone from Hades’ imprisonment. This is also where ‘cyan blue’ comes from. 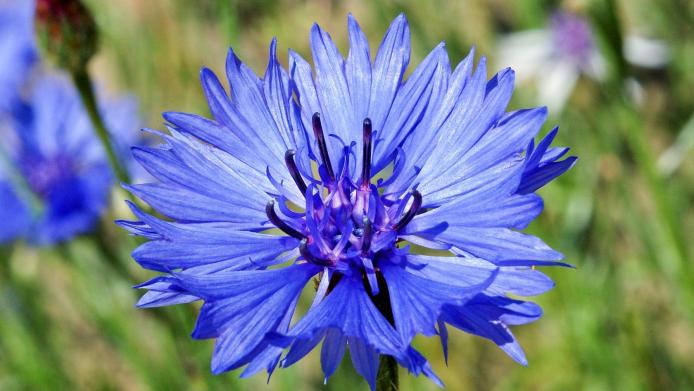 This pungent ancient herb, a favourite of Aphrodite who grew it on Mount Olympus, has been associated with both love and love potions, but also protection from unwanted attention. Some connect marjoram and its combination of opposites to Mercury; it’s warming and cooling, sweet and spicy.

It was at one time used in the ceremonial crowns of the bride and groom at weddings, as well as in love and protection spells. It was said a woman looking for her love could place marjoram in the bed or anoint herself with it before going to sleep and Aphrodite would appear in her dreams to reveal the identity of her future husband. 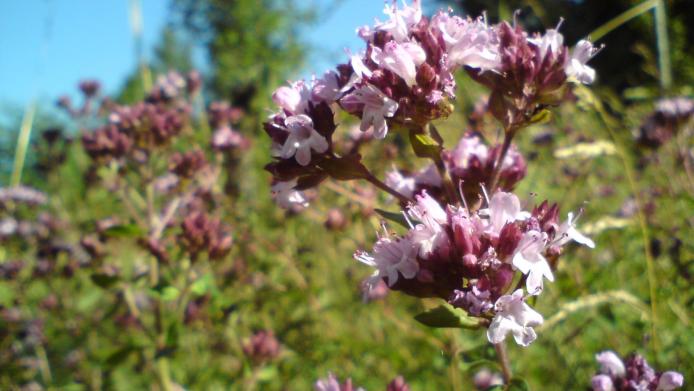 Yarrow, also known as Venus tree, has many uses and a long reputation as a wound healer (often the case with a plant associated with Venus). Yarrow’s Latin name, Achillea millefolium, is derived from the Greek hero Achilles, whose stories reveal how he would heal his warrior’s wounds with yarrow on the battle field. 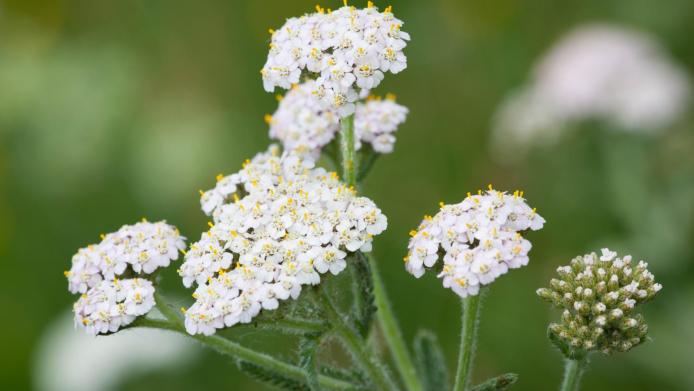