Could weeds cure all ills?

Herbal medicine through the ages

The Sweeper, from Night Watch by Terry Pratchett

If the rise in alternative therapies has taught us anything, it’s that people love things that are ‘natural’. And home-grown herbal treatment is as close to nature as you can get without hugging a tree.

However, the use of plants in medicine goes beyond hippie culture. Unlike leeching and trepanning (where people used to drill holes in the head to let out evil spirits), herbal medicine has survived the test of time, albeit with some improvements and caveats.

While people have used herbs and plants to help treat themselves for thousands of years, the medical community took a little longer to incorporate these kinds of treatments into accepted practice. 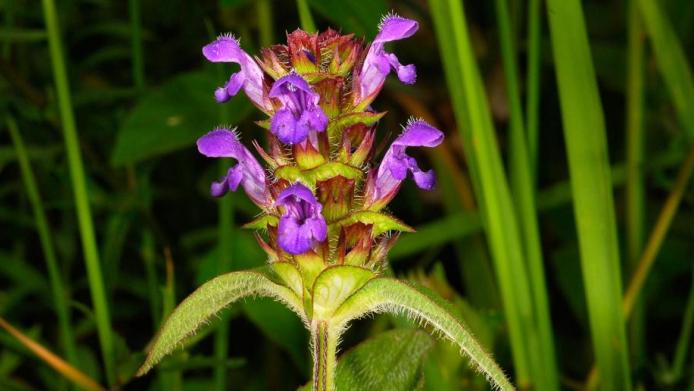 Here in the UK, the oldest known example of herbal medicine is found in a medical text from around the 9th century, which includes a cure for male impotence using the wildflower agrimony (Agrimonia eupatoria) boiled in milk.

Fast forward to 17th-century London. There was no NHS and doctors could charge what they wanted. It was not until 1698 that the Royal College of Physicians opened the first public dispensary in England, which provided medicine free of charge to the poor. [1]

During this time, the doctor Nicholas Culpeper challenged the system by using plants grown in the countryside to treat poor people in London for free. He went one step further by sharing his knowledge in The Complete Herbal (originally called The English Physician), a self-help book full of the medicinal properties of common plants, including ones we might consider weeds.

Here he explains how to prepare common chickweed (Stellaria media), which was beneficial for 'all pains in the body that arise of heat':

'Boil a handful of Chickweed, and a handful of red rose leaves dried in muscadine, until a fourth part be consumed; then put to them a pint of oil of trotter’s or sheep’s feet; let them boil a good while stirring them well; which being strained, anoint the grieved place therewith, warm against the fire, rubbing it well with one hand; and bind also some of the herb (if you will) to the place, and, with God’s blessing, it will help it in three times dressing.'

But these herbal treatments effective?

Take chickweed as an example: it has diuretic properties, meaning it increases production of urine; it also contains saponins, which are anti-inflammatory; and it is rich in minerals such as vitamin C and iron.

These all suggest that it will have had some effect on a patient, ideally a positive one, although it may not always have been! 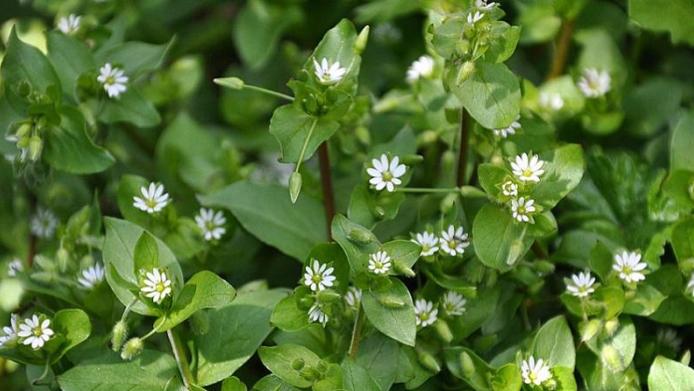 In the centuries since The Complete Herbal was published, research into medical uses of plants has become more sophisticated.

One such example is foxglove (Digitalis), a controversial and potentially harmful weed. In his writings, Culpeper suggests using it to treat heart failure.

A century later the doctor William Withering performed what could be considered the first ever clinical trial of a drug to describes the benefits and risks of treatment using foxglove. [2]

Over the next two hundred years, more research developed an even better understanding of how the foxglove can be used in medicine. Neale’s Medical Digest, published in 1890, listed over 32 conditions that prescribe Digitalis and today many different pharmaceuticals use Digitalis. [3]

Another weed, milk thistle (Silybum marianum), is a herbal supplement that is registered under the Traditional Herbal Registration (THR) scheme. This scheme is referenced in the NHS official guidance on using herbal medicines: 'If you want to try a herbal medicine, look out for a traditional herbal registration … marking on the product packaging.' [4]

Milk thistle contains the active ingredient silymarin, which may help repair and protect damaged liver cells [5] and is either drunk as a tea or tincture, or taken as a supplement. 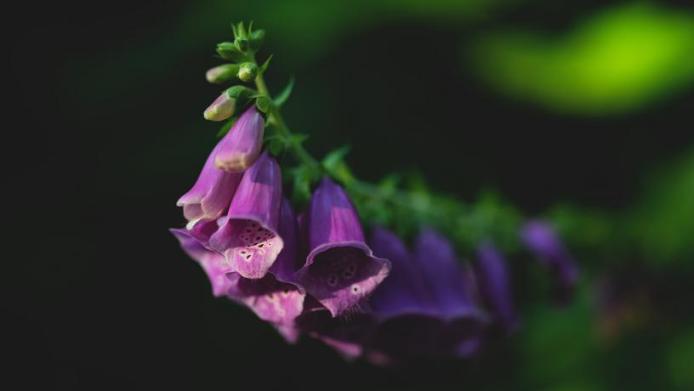 Also known as woundwort, this plant is associated with the healing of wounds and staunching of blood flow. Achilles, the Greek mythological hero, was supposed to have cured his warriors with the leaves of the plant, hence its name. In modern herbal medicine it is made into an infusion or tincture and used as an astringent and antiseptic.

This wild plant was once used to stem blood flow from accidents and fights; other names for selfheal include sicklewort, carpenter's weed, and heal-all. Its leaves were crushed or layered with lard and used to dress skin wounds. It was also used as a mouthwash or gargle to cure sore throats and deal with ailments of the mouth.

Agrimony, with its pale-yellow flower spikes and apricot scent, is an ancient remedy for all sorts of ailments. In folklore, this wildflower was also considered to have magical properties – it was thought to ward off witchcraft. Now, it is mostly used in modern herbal practice as a mild tonic and astringent for digestive disorders such as diarrhoea, sore throats and skin conditions.

Culpeper’s The Complete Herbal describes the berries of Hedera helix as a prevention, and treatment, for the plague. Nowadays, ivy leaves are a registered active ingredient under the Traditional Herbal Registration (THR) scheme used in cough syrups to relieve chesty coughs associated with the common cold.

While herbal medicine isn’t going to cure all ills, there is evidence to show that homegrown remedies used by humans throughout time, including the weeds we take for granted, may have done some good along the way.

We strongly recommend not picking or eating plants in the wild, as it can be difficult to correctly identify plants without expert knowledge.