More than bees, there are hundreds of amazing, lesser-known pollinators in the UK.

Bees are the best-known pollinator in the UK – from the industrious honey bee to the gentle, fuzzy bumblebee, their popularity is unsurprising. They play a vital role in our natural world, or ecosystem, by transferring pollen from one flower to another.

However, they’re not the only pollinator on the block. There are actually around 1,500 pollinator species in the UK (according to Defra) – from butterflies and moths to beetles, flies and wasps – all doing their bit in the lifecycles of the plants that rely on them. Take our pollinator quiz to find out how much you know about them. 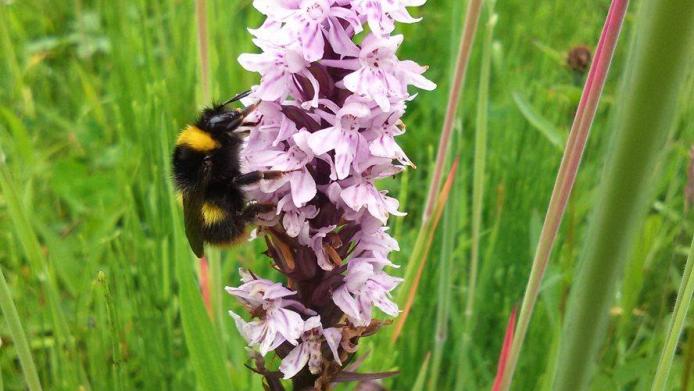 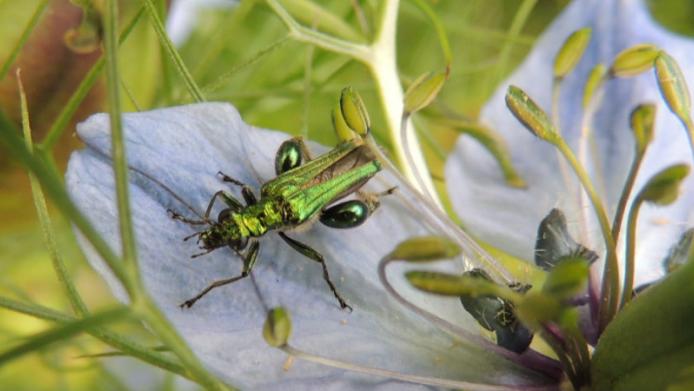 Fossil records suggest that beetles were the first pollinators on Earth. In fact, it’s believed they’ve been pollinating plants since before the time of the dinosaurs!

Not all beetles are pollinators – only the ones who feed on pollen and nectar. They’re best suited to picking up sticky pollen grains which attach to their hard outer bodies. Beetle-pollinated flowers are often specially adapted to attract beetles, through strong, fruity scents and cup-like flowers with tough petals and leaves, perfect for heavy beetles to rest on.

Beetles form the largest order of insects, Coleoptera. In the UK alone we have around 4,000 native beetle species, of which around a quarter are pollinators. The most common of these include the oil beetle, long horn beetle and the impressive-looking thick-legged flower beetle (pictured). 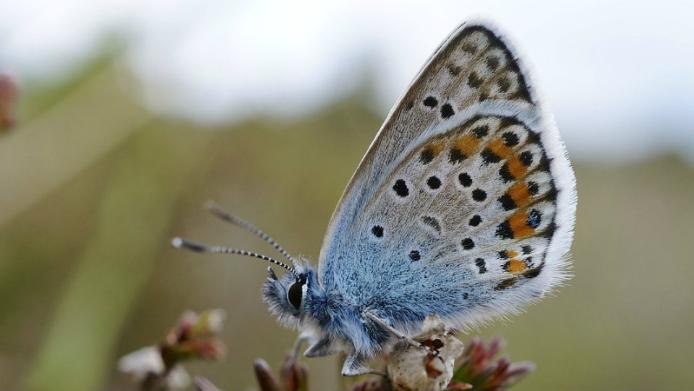 Unlike bees, these glamourous insects don’t carry pollen all over their bodies. Instead, the pollen clings to their legs as they search for nectar during the day.

Butterflies mostly land on wide-open flowers as well as favourites such as common honeysuckle and heather. UK butterflies include well-known species like the peacock and red admiral, as well as rarer species like the silver-studded blue (pictured), the stunning purple emperor and the strangely-named dingy skipper.

Butterflies are capable of covering larger areas than bees and, unlike bees, they can see the colour red. This means they can easily spot crimson, scarlet and ruby flowers – some scientists have suggested that red might even be butterflies’ favourite colour! 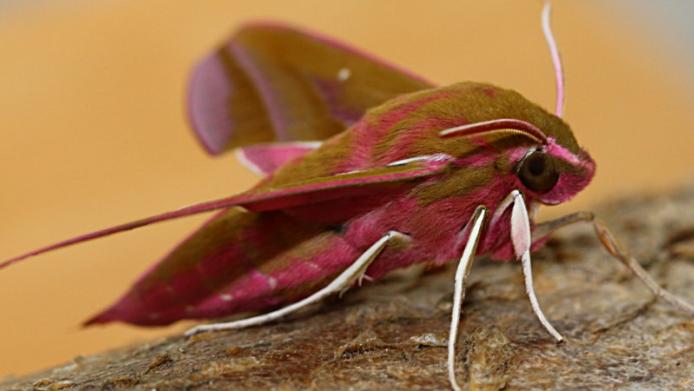 Once the sun has set, a different group of pollinators emerges… The majority of moths visit night-blooming plants that are white or pale in colour, as these are easier to see in the dark. These flowers also tend to smell incredible, luring moths to them in much the same way that humans might be tempted by freshly-baked bread.

Although they don’t tend to be as popular as their flamboyant cousins the butterflies, the UK is home to plenty of interesting species of moth, such as the elephant hawk moth (pictured), the scalloped oak and the vibrant cinnabar. 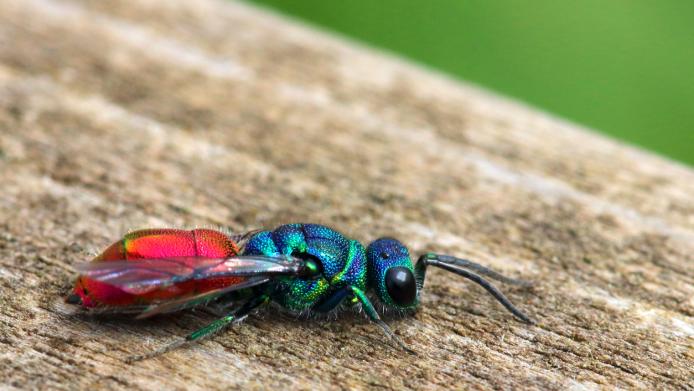 They might ruin picnics, but our various species of wasp are far more than just angry annoyances – though their useful pollination services are often overlooked.

There are seven types of social wasps in the UK, which live in groups. They range in size from the common wasp (which nests in small spaces in buildings or underground) to the large (and admittedly pretty scary!) hornet.

Just like bees, there are also solitary varieties of wasp. Some of them, like the ruby-tailed wasp, reject the traditional yellow and black danger-markings for a face that looks like it’s been dipped in colour-change nail polish and a shiny red bottom!

Adults of many wasp species will visit flowers to feed on nectar. Unlike bees, their stings have no barbs, so can be used multiple times with zero consequences to the wasp. Despite this, they don’t tend to attack unless provoked – so next time a wasp is buzzing around, remember the good they do in pollinating plants. 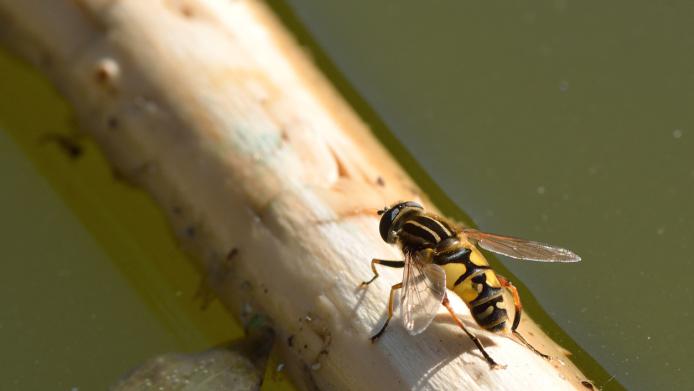 Hoverflies are some of the most prolific pollinators in the UK and are capable of flying huge distances, spreading pollen far and wide in the process. Studies of two common European species of hoverfly have revealed that up to four billion hoverflies migrate in and out of southern Britain each year, playing a key role in long-distance pollen transfer.

Often mistaken for bees or wasps, hoverflies are clever mimics – many species disguise themselves with black and yellow stripes to give off an air of danger and trick potential predators, though they’re actually completely harmless.

Many other fly species contribute to pollination efforts. In fact, while bees often prefer warm and sunny conditions for flying and will shelter in their nests when it rains, flies aren’t so picky. As such, they’re seen out and about on overcast days and will pollinate plants that grow in shadier spots, like woodlands, where bees might not be so common.